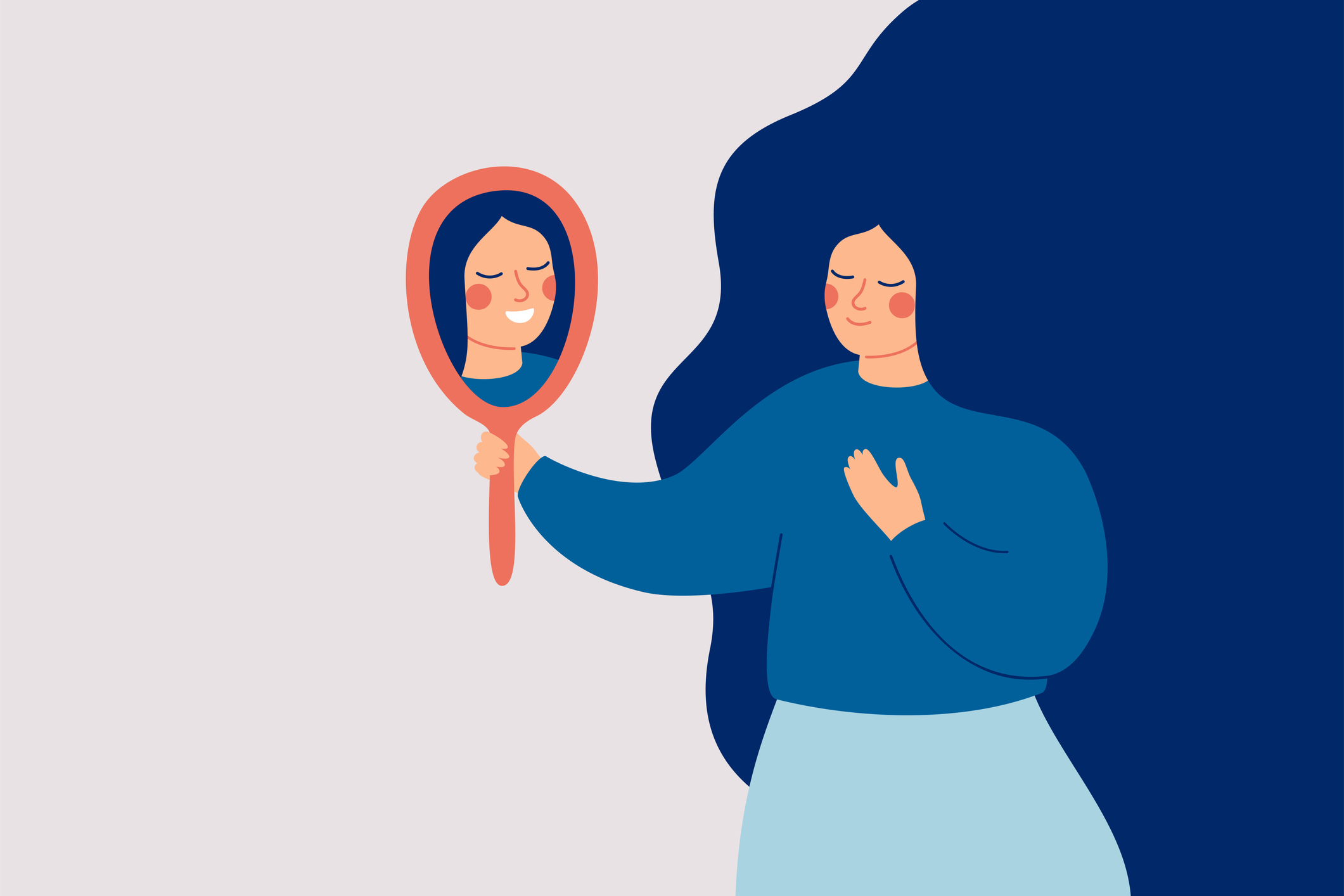 Young woman looks at the mirror and sees her happy reflection. Self-acceptance and confidence concept.

How closely are our money beliefs connected to our self-image? According to Ken, very!

When we focus on the negative – about what we don’t have, what we want but are having trouble achieving, or what we deserve but aren’t getting – that’s a big sign that your money beliefs and your self-image are not only in trouble, but that you’ve probably been in trouble for quite a while.

Problems like this don’t happen overnight. They’re habits we’ve developed over a lifetime. But according to the Law of Attraction, the reality we experience right now is what we ourselves created and attracted based on all those negative thoughts and feelings of lack and deserving.

It can be really hard to let beliefs like that go because they’ve been a part of us for so long. Where did we even pick those beliefs up?

Like all beliefs, some of them we pick up about how the world works even before we learn how to speak! We inherit a lot of our beliefs from our mother and father or the people who raised us. Then as we grow into older children and into our teen years, we pick up so many beliefs from friends, siblings, teachers, and other big influences in our life. In fact, many of our beliefs come from our grandparents as well, unless you had parents who recognized where their own beliefs came from and then did the work to rewrite them into happier and healthy beliefs, too.

Changing your beliefs is not something that happens overnight, but it can be done with a bit of high emotional awareness, intention, and the effort to remind yourself of your inner truths each time an old belief pops up to say hello again.

Ken has created an entire course about how to rewrite and heal your old, painful beliefs into abundant and healthy ones, so I hope that if you’re interested that you’ll stop by and check it out. It’s called the Happy Money Healing Program, and you can find it here to learn more.

The Natural Law of Money… is Movement!