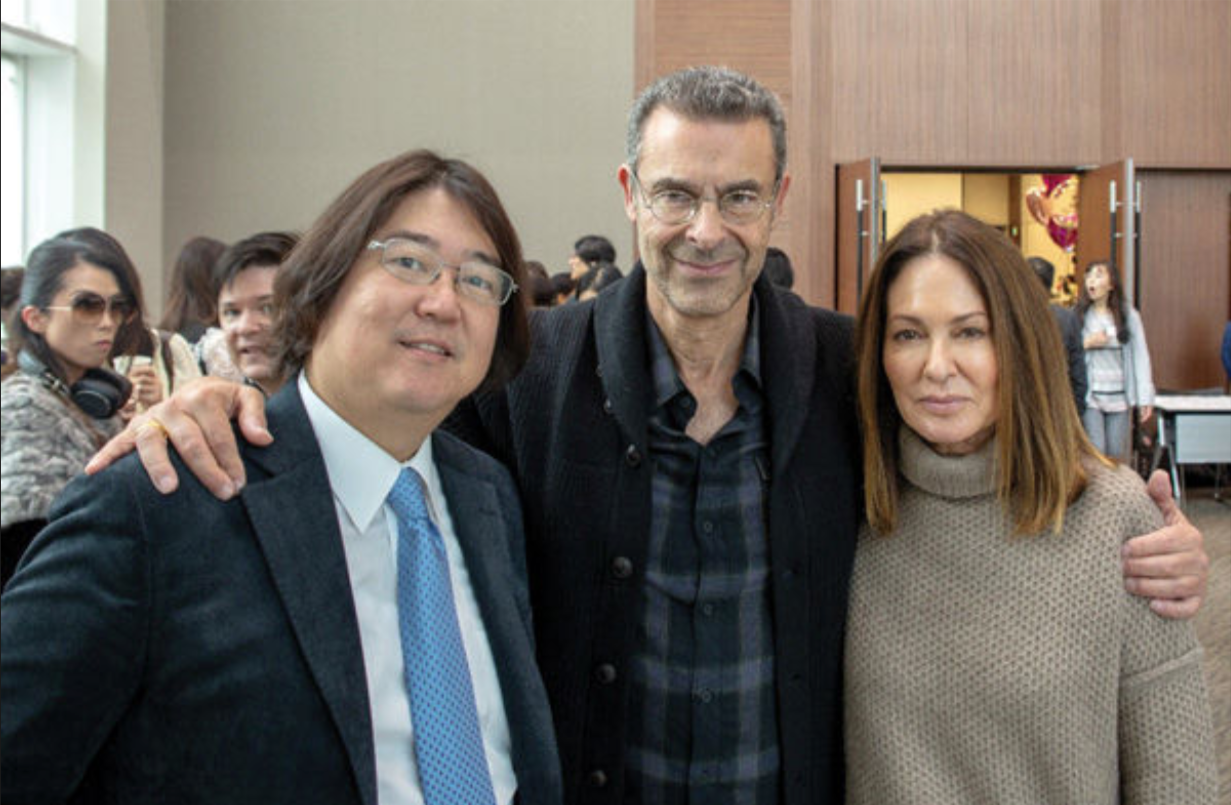 Thousands of dollars have been distributed to Malibu fire victims from an unlikely source—strangers living in Tokyo, Japan.

A Malibu couple who lost their home in the Woolsey Fire are helping to “pay it forward” with the help of strangers in Tokyo, Japan, and what’s called “happy money.”

Thirty-year residents Sandi Stuart and her husband, filmmaker Barnet Bain, traveled to Japan on business just two weeks after the fire. Stuart was not scheduled to go but when Bain’s subject—well-known Japanese author Ken Honda—found out they lost their home, they sent Stuart a ticket, telling her, “There is a tradition in Japan that when there’s a crisis they don’t separate the husband and wife,” Stuart recalled. “It was the beginning of the generosity cycle.”

From what Stuart described in an interview with The Malibu Times, that cycle would yield thousands of dollars in donations to fire victims back home.

While in Japan, the author had a party to introduce the Malibu couple to his community. “Unbeknownst to us, Honda talked about the Malibu fire and asked us to say a few words about it. We were still in shock. There were a lot of tears,” Stuart recalled. Honda appealed to his community to donate money to give to the Malibu couple to then be distributed back home. “We were shocked,” she said. There were 30 people at the party and Stuart left with $4,000 to bring home to Malibu.

Honda, who’s written more than 100 books, just finished one called “Happy Money.” The idea is about appreciation and generosity.

“It’s about when you look in your wallet—is your money happy or sad?” Stuart explained. “Sad money is stagnant. Happy money flows. It flows out with love and generosity, and it flows in with gratitude and appreciation.”

“When I got back, I asked people if they knew anyone—single moms, school teachers—anybody that needs help. People gave me ideas,” she continued. Stuart met with people who were recommended and gave them greeting cards that Honda provided that included $100, calling it “happy money from people in Tokyo who loved and cared about us.”

Stuart became emotional relaying this part of the story.

“The most beautiful part was although everybody was very appreciative and needed the gift, they were so moved that strangers in Tokyo cared about us,” she said. “Some people [outside Malibu] don’t even remember there was a fire.”

The gift grew when Stuart asked locals if they knew of any fire victims in need. They not only provided her with names, but also added to the “happy money.”

“The other beautiful thing,” Stuart said, was, “giving out that money was the most healing thing for me. I spent the month grateful for what I have, grateful for the love in my life, my friends, our safety. We’re sad about our loss, of course, but I really saw the power of giving as a way to heal.”

The Malibu Times was able to confirm the distribution of the gifts. Tracy Park, manager of Toy Crazy in Malibu and co-operator of the fire recovery free shop that recently closed at the Country Mart, said she was one of the people who helped direct the gifts to those in need.

“I’ve known Sandi and Barnet for years,” Park said. “Working at the toy store, I know a lot of people.” Park used her connections in the community of fire victims to help facilitate the giving. “They’re such good, kindhearted people,” the manager continued. “They did not want to be disrespectful and not take the gift from Japan. So, they took it, knowing they would pass it on to people who really needed it. Some people who lost everything did not have insurance.”

The couple went back to Japan three weeks later, bringing pictures to Honda of some of the recipients of the gifts. At a workshop with 400 people in attendance, once again the popular author talked about the fire and showed a montage of pictures of homes burning and of people smiling and thanking others for the gifts to help get them back on their feet. This time, the Malibu couple brought home $8,000.

“One person who gave us money was a cancer doctor,” Stuart shared. “He told us when he heals someone, they pay for the services and often give him money to put on his altar as an offering in gratitude.” He had $2,000 on his altar and gave it to help Malibu fire victims. “It’s so moving to me that these people are so generous. They care so much. They’re emailing us asking how we are, how the recipients are—there’s an awareness and a love for our community coming all the way from Tokyo.

“This is happy money [Honda] sent us home with,” she went on to say. “Although it’s going out with a lot of tears, it’s flowing with gratitude and he hopes we’ll accept it with grace and abundance.”